“A virus can change the fate of the world; power has nothing to do with being tiny or giant! Power is something related to the power hidden within you!”
― Mehmet Murat ildan, Turkish author, poet and playright.

The Role of Viruses and Bacteria

In general, viruses and bacteria are a natural part of the Earth’s eco-system. Each serves a very specific function in the circle of life. That circle of life comprises the many living parts of the Earth’s various elemental energy fields.
Viruses represent aggressive agents of change whose function is basically degenerative, i.e. to breakdown energetic forms.  A virus requires a living host in order to function. Their introduction into any living system from an external source creates tremendous pressure within a system, literally forcing within that living system the release of bound-up internal energy. For purposes of this article, bound up energy would represent energy that is trapped, contained and not easily accessible within a living organism. A viral presence creates intense tension patterns that ultimately requires some sort of body release or purging in order to reestablish equilibrium and flow. 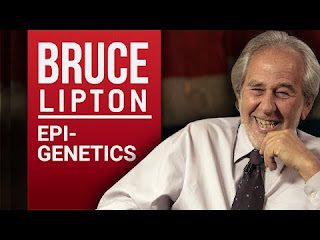 Noted biologists Dr. Bruce Lipton contends through his research viruses do not invade the body. Rather they are drawn into a living host by the very cells within that host requiring change, much like a magnet draws metal to itself. In other words, cellular memory/awareness within the cell’s structure actually possesses the innate capacity to accept or reject a virus based on the functioning needs of the cell. This is quite a profound and telling aspect to the body’s overall strategy for survival and healthy expression. More can be learned on YouTube via Dr. Lipton’s series “The Biology of Belief”.

Equally profound is the natural cleansing or purging process that is activated to rid a host of whatever no longer serves its overall functioning. If any living host exists in a depleted energetic state (quite usual for those struggling with any infection or degenerative condition), that exchange of energy can literally lead at a minimum to a temporary purging within one or more of the body systems, for example a lung infection or the flu, and at worst, a complete breakdown of the system leading to death.
Bacteria is another aspect of the natural world that serves a critical purpose. Bacteria are astonishingly resilient and able to mutate as the need arises. The persistent use of antibiotics in our current-day culture, an unnatural and human-based medical technique originating in the 19th century, has led to the evolution of stronger and even more resilient strains of bacteria. No matter what the human approach here, bacteria has shown it has a more intense and persistent answer. Medical professionals are highly concerned that existing antibiotics will soon lose their ability to counteract newer mutated strains of bacteria.

Bacteria possess the amazing ability to shape-shift or change their energetic frequency to match the health-related state of a living organism. This includes the need to naturally purge or release any substance no longer necessary for the healthy functioning of a living organism. If that entity is in an overall healthy state, then most bacteria will function in a positive or beneficial way adding strength to the body systems. The abundance of beneficial bacteria in the intestinal tract is one of many examples.

By contrast, if the organism is in an overall depleted or toxic state (some refer to this state as being “sick”), the balance of bacteria shifts or changes into a more degenerative form to literally de-organize or breakdown the organism’s energy field into a lower, more efficient form of useable energy.

One example of bacteria’s ability to mutate is found in dead flesh in the form of edible fish or meat. The natural tendency of anything that ceases to function is to decompose through the action of certain types of bacteria. In turn, this returns the physical matter to a lower level of organization from which it can reorganize into something new.

As bacteria requires heat to function, reducing the ambient temperature in something dead slows down this natural bacterial action to prevent rapid decomposition. Humans created refrigeration for this very reason. Prior to refrigeration, many people died due to poor hygiene in the food supply by eating bacteria laden foods. 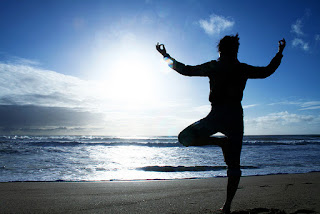 Hence, bacteria, both beneficial and degenerative create a specific balance in a living organism that mirrors its overall state of health. Without this balance, an organism would not be able to function.

Further, on at least a human level, the overall chemical state of the body’s fluids such as blood or lymph fluid requires the system to be in a somewhat alkaline rather than acidic state. If the body is too acidic, bacteria will set in motion a process to rid the body of those parts creating higher acidity. People whose diet is mostly acidic will be generally unhealthy, showing various symptoms of that unhealthy state.

In the bigger picture, if a population (human or non-human) lives in an environment that is toxic (a human-made phenomenon), then the spread of disease in that environment through viral and bacterial action will become rampant and rapid. That’s because the Universe is built on the principle of expansion, reorganization and the efficient exchange of energy. Equally the natural world sets in motion anything necessary to free-up energy into a more flowing state. In order to expand, grow or be more efficient in its energy expression, a living organism or environment must be in a healthy and vital state. Otherwise, the overall system needs to break down so a more healthy energy state can be reorganized and expressed. 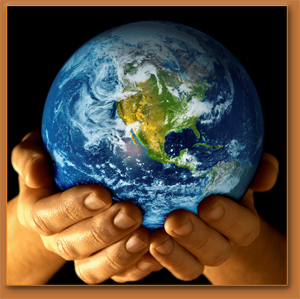 Centuries ago, the Earth’s human population began to rapidly expand. More and more people led to the formation of cities, where many people lived unnaturally in close proximity to each other. Lacking adequate sewage treatment for waste, the local environment became more and more toxic. The naturally induced remedy was a purging of the system, or said another way, the spread of viruses became rampant. For example, in Europe and Asia during the 14th century, great plagues swept across populations living in unsanitary states literally killing millions of people living already in toxic conditions. This viral and bacterial purging was necessary to restore the overall earth environment to a more healthy or balanced state.

The greatest challenge facing humans today is the rapid growth of population (over 1 billion people have been added to the Earth in just the past ten years or about 150 people every minute). The current population is now nearing 8 billion people. Just 50 years ago, the Earth’s human population was one-half this number. Like a snowball rolling down a mountain, its initial size begins very small, but can rapidly increase as it gathers speed (more energy). Hence, the greater energy required to sustain a huge population places extreme pressure on the natural environment of the land, sea, air to provide sufficient energy to sustain the healthy state of a massive population. Environmental degradation runs counter to this energetic flow. As such, unless there is a massive shift of awareness, the overall Earth’s systems will breakdown or change if those very natural systems are extremely stressed and unable to no longer function. In the short-term (geologically speaking) that may lead to an environment hostile to human existence.

Most scientist world-wide now agree we are at that tipping point of sustainability. 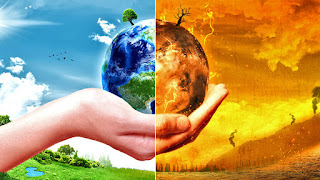 Meanwhile, the Earth itself is undergoing a huge upward shift in its vibration. Life is now moving faster and faster reflecting this enormous vibrational change. Societies and cultures are likewise changing, attempting to adapt to these intense environmental shifts.

Children developing in utero in this higher vibrational state reflect greater abilities and faster behavior due to more advanced nervous and body systems. The rapid shift of technological advancements over the past ten years, such as computers, advanced mobile phones, tablets, networks etc also reflects this rapid upward shift in energy. Hence, the increasing pressures of more and more people together with a change in the Earth’s vibration now trigger enormous questions with no simple answers about how humans will be able to exist, function and thrive in a healthy fashion in this rapidly evolving 21st century. That script has yet to be written or revealed.

Yet notwithstanding answers, such questions are best understood and addressed first on an individual level. Here, the healthy functioning of any person requires a healthy state of living. Eating organically grown foods, daily exercise and quiet time, adequate rest, working and living in a healthy environment, having healthy relationships with others, and refraining from toxic behaviors, such as smoking, represent the ideal that supports a healthy and enriched existence. More so, functioning on this level requires a strong internal physical energy core supported by healthy beliefs and positive attitudes.

Yet “no man is an island”. We coexist with others in a myriad of ways, sometimes expansively, other times deficiently. Because human society is extremely dynamic, highly changeable, and made up of many fluctuating parts, maintaining such a healthy state on an individual level can prove to be quite challenging unless a societal mandate exists for all peoples to coexist in a healthy, sustainable fashion.

Because of such rapid Earth and societal changes, receiving effective body therapies on a more regular basis has now become an integral part of a person’s overall healthy life choices and strategies. A significant increase in the number of practitioners offering such health-related therapy services throughout the world is a poignant indicator of such needs.  Immediate focus of protecting oneself from viruses/bacteria is a futile, short-term strategy. Better to strengthen your body’s inner core for the days ahead.

In that respect, it’s important to remember no state of existence is immune from change. Change is inevitable. Yet growth, going beyond your comfort zone, is always optional.  The ultimate question: will you make choices for change and growth proactively, or allow your life circumstances to be dictated by passive or unhealthy decisions? The former state creates positive outcomes; the latter state invariably leads to challenging outcomes.

Recently, Gwyneth Paltrow via Netflix introduced a much bigger audience to recent trends in the wellness field that reveals natural-based opportunities now available for strengthening the body’s inner core. If you are a Netflix subscriber, search for “GOOP”. Otherwise, a search on YouTube for Goop will reveal a myriad of wellness and life-style related podcast that may help you make better, informed choices.

And therein lies the crux of the matter. Awareness is power. Using that power to effect positive changes on the Earth, not only benefits future generations, but most importantly helps you to attune to the natural world around you, and supports initiatives that add more life to life. That’s quite the contrast to degrading and mutating the environment (pollution, radiation, GMO foods, habitat and species destruction, vaccines, etc) to attain very short-term and myopic outcomes (usually financially/politically driven) that adversely affect a quality of life essential for all to grow and prosper.

As always, the choice is ours.

I welcome your comments and feedback. I also moderate the comments to ensure only comments germane to the article are included. Mahalo, Joseph 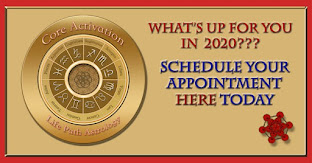 Starman Update: "Empowering Lives Through the Mystery of the Sky". I bring you the latest in astrological news. Discover new ways to consciously create your world with the power of the planetary patterns for the "Inner & Outer Journey".

My Soul Style: "I am a playful, wizardly agent of change, courageously interweaving my creative expressions into the fabric and soul of humanity...for our transformation and awakening."
Joseph Mina is an Astrologer, Teacher, Healer & Photographer in South Africa and beyond. As a Master of his crafts, he has been sharing Quantum Alignment Bodywork for over 27 years and Astrology for 20 years, creating integration between a person's soul purpose and their evolutionary life path.
More information on my web site here

Translate to your language